ABOUT THE BOOK COT

After eight years of working with over 700+ aspiring and published authors at Authors Crib and working with busy entrepreneurs and business executives ghostwriting their books, our founder saw the need to have a dedicated solution hub for busy entrepreneurs and business executives beyond the Authors Crib brand that caters mostly for mostly traditional self-published authors.

THREE OPTIONS TO GET YOUR BOOK IDEA TO LIFE WITH US

We take your existing content in any form, turn them into a book manuscript, refine the contents, do the editing and publishing, and deliver to you a published book that has nothing of us but everything to do with you and your brand.

Full Publishing Option – Refining Your Contents, Turning Them Into A Manuscript, Editing And Proofreading, Cover Design & Publishing
1 Hours Commitment Every Week For Feedback
Full Control Of Your Book Right And 100% Book Royalties
Launching And Marketing Addons And Available At An Extra Charge

We take your existing book manuscript, refine the contents, do the editing and publishing, and deliver to you a published book that has nothing of us but everything to do with you and your brand.

We interview you for the content, we do the writing, editing, and publishing and we deliver to you a published book that has nothing of us in it but everything to do with you and your brand. 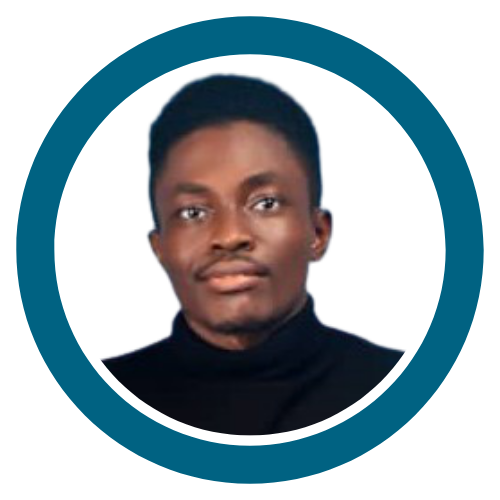 As his first foray into the world of entrepreneurship after quitting his only full time paid job in June 2012, he fell in love with the idea of being able to write and publish his own book independently and that got him to write his first book in three weeks after listening to Joanna Penn‘s The Creative Penn Podcast.

The quest to learn how to market his first three books was the driving force behind him learning all he could lay his hands on then and documenting everything he is learning, he started The Savvy Indie in 2013 and then later rebranded that to Authors Crib in 2014.

Authors Crib grew into a resource hub for aspiring and already published authors to help them write, publish and market their books.

In 2015, he wrote and published his fifth book – Life Hacking with Forewords by Timo Kiander, Founder of ProductiveSuperDad.com and Author of Online Business Productivity, and Peter G. James Sinclair, Founder of MotivationalMemo.com.

FROM AN AUTHOR TO A BOOK COACH

After the successful launch of Life Hacking, he started working with aspiring authors on writing, publishing and launching their books.

In 2015, he started The Authors Crib Podcast as a resources hub for aspiring and published authors to learn how to not just become an author but build a thriving business off their books.

FROM A TRADITIONAL BOOK COACH TO A BUSINESS BOOK COACH

In 2017, after republishing his book Facebook Marketing For Authors: How to Sell More Books With Facebook Ads with new content and a new cover and relaunching it, he saw the power of writing a book around expertise instead of the general kind of non-fiction books he has written before.

In four months of relaunching the book, the book helped him land 6 clients which translates to a total of $9500 in revenue.

This experience was what opened his eyes to the power of a published book for an entrepreneur who has a service or product business that needs leads and clients.

Today, he has branched into other niches like dating and blogging niches and became an instant expert and authority using nothing other than the power of a published business book.

This and many other amazing opportunities opened for him since he got to know about the power of the published book as an entrepreneur and with this, he knew that you don’t have to be an A-list celebrity like Kevin Hart or an even a best selling author like Tim Ferris or Gary Vaynerchuck to become an authority and go-to person in your niche, dominate it and also build a successful business.

BECOME A PUBLISHED AUTHOR TODAY WITH US

A published book can open a lot of doors for you as an entrepreneur. Podcast appearance, speaking gigs, more leads without paying for ads, collaboration with industry experts, and media appearance, are ew of those opportunities.

And as busy entrepreneurs, we know you don’t have the luxury of time to write a book the traditional way and that’s why we are here to help you birth your book to life.

Start by telling us about your book idea. That will help us understand your book idea and what your peculiar publishing needs are.

You will then schedule a call with us where we’ll walk you through our services, answer any questions you have, and help you decide the best of our Book Cot service options that will help you get your book to life.

SCHEDULE A CALL WITH US